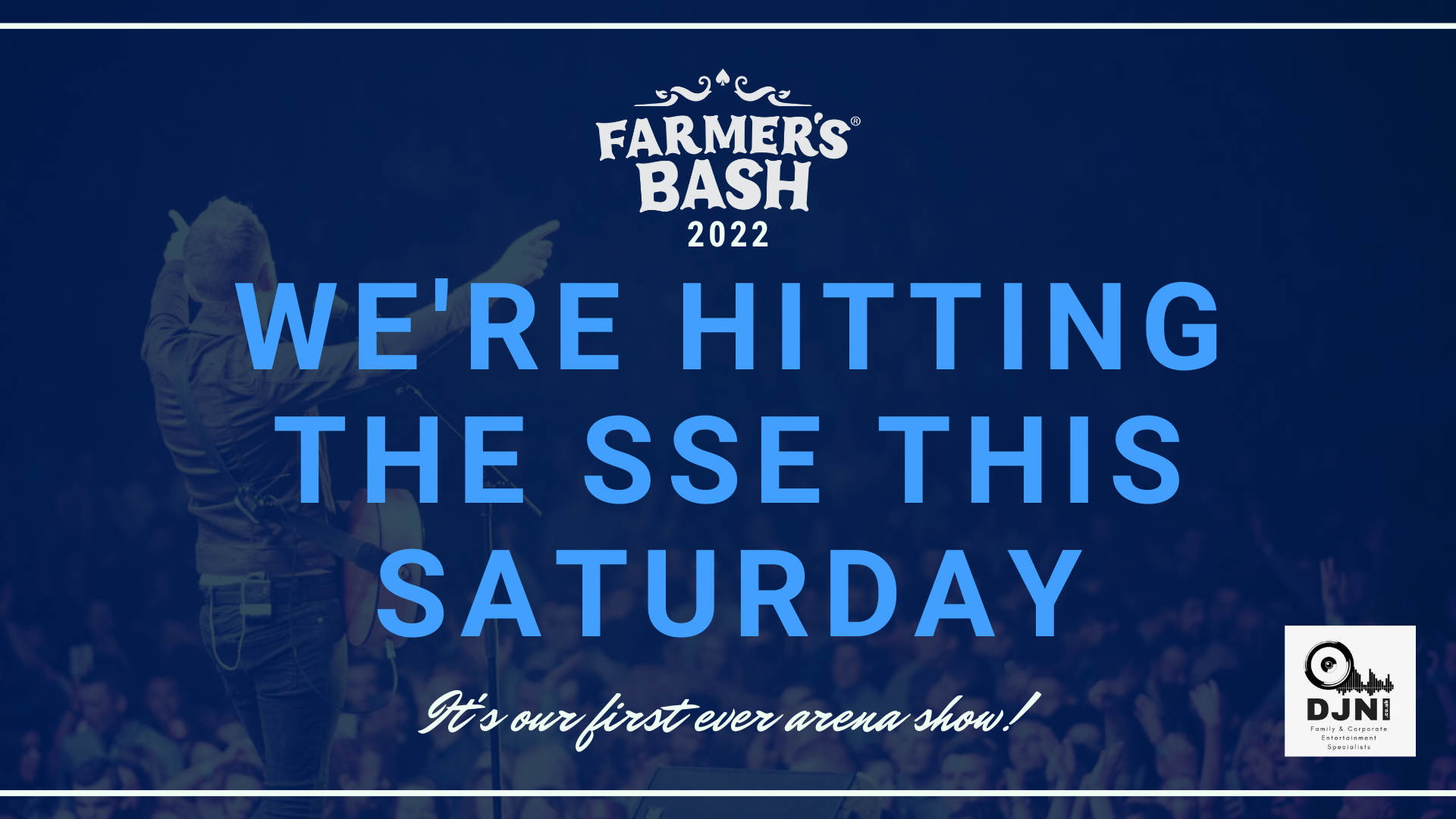 It’s been three years in the making, rescheduled three times, but this Saturday marks the return of the Farmers Bash to the SSE Arena in Belfast and DJNI will be there to bring some country beats and bant.

This time round, the bash will feature Derek Ryan topping the bill, along with special guest Nathan Evans doing his thing. Also Lisa McHugh, Robert Mizzell, Jimmy Buckley, Claudia Buckley and All Folk’d Up will feature over the course of the evening. Stage times have been released and you can view these below.

“When I started DJNI I never ever thought that I’d make it to an arena show” commented founder Chris Armstrong. “In 2022 alone we have a team of DJ’s covering all kinds of events, a sold out year when it comes to weddings, a residency each Thursday night in the Haymarket, three festival appearances, gigs in England, finalists in Wedding DJ of the year at the Northern Ireland Wedding Awards and then the SSE gig. It’s a phenomenal year!”

“We cant wait to get the SSE Arena gig under our belt and see what comes off the back of that…watch this space!”

Also a big thanks to Kileen Country Clothing for kitting us out with a pair of Ariat Western Boots for the big stage! They’re Northern Ireland’s only Ariat Western wear supplier and if you fancy a pair for the night, you can grab 15% off online by using the code bash15 at their checkout!

There are still limited tickets remining for Saturday night so get in now if you’re still planning on attending.