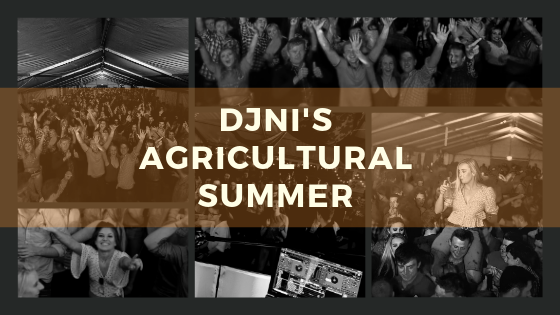 What a start to the summer its been for DJNI. We’ve been involved closely with a few farming themed events so far with more still to come as the summer progresses.

In May our very own Chris was at the legendary Balmoral show with Cool FM, Downtown Radio and Downtown Country.

Holestone Young Farmers also had DJNI along to provide the music for their annual BBQ. It was our first year with them and we had a blast!

The BBQ’s continue through August and September with the following dates:

Great to be back with some of the guys and others it’s our first time. We’re very much looking forward to what’s to come and keep your eyes locked onto our social media accounts for competitions in the run up to the barbeques!