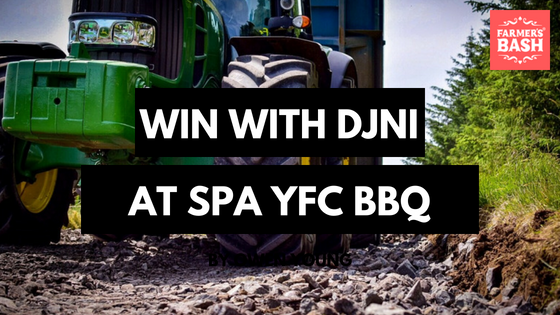 At the end of August we’re taking the DJNI road show to the rural roads of County Down. We’ve been booked by Spa young farmers who are located just outside Ballynahinch to DJ their biggest event of the year, the Spa YFC BBQ. They have organised their annual event for Saturday 25th August on a farm at Edendariff and it’s sure to be a good one! 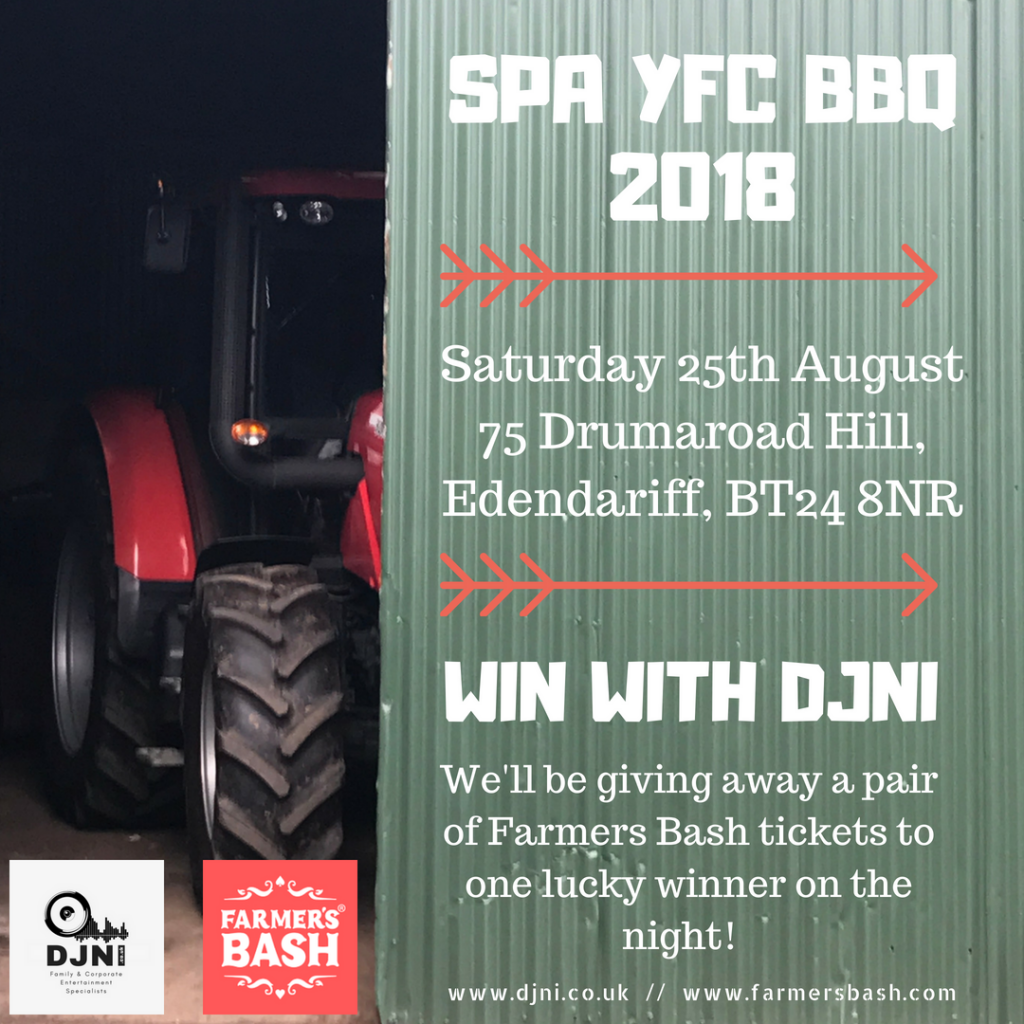 What makes it extra special is that we at DJNI have teamed up with the guys behind the Farmers Bash to give away a pair of tickets to this year’s Farmer’s Bash due to take place at Belfast’s SSE Arena on Friday 12th October. It’s Ireland’s biggest country concert/dance night and this year boasts a huge line up featuring Derek Ryan, Lisa McHugh, Cliona Hagan, Johnny Brady, Philomena Begley and even the Rednex!

Come along on the night to be in with a chance of winning with DJNI, Farmers Bash and Spa Young Farmers. 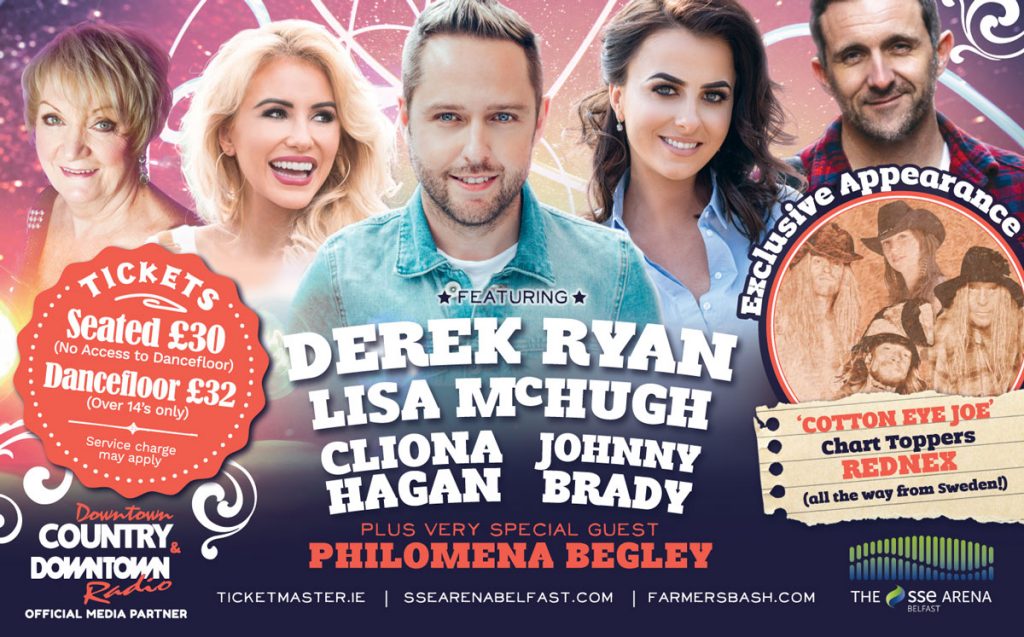